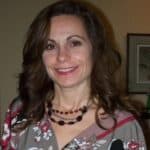 “I’m excited to be part of the ADRC team and to help the organization grow so we may
serve more families and caregivers navigating the Alzheimer’s and dementia journey.”

Gina Carson is excited to begin her role as Director of Development for the Alzheimer’s Disease
Resource Center in August 2022. Previously, Gina served as Development Director for the Suffolk County Council, Boy Scouts of America (BSA) where she began her career in fundraising as an entry level assistant supporting the development team. During her time with the BSA, Gina rose to Development Director and was responsible for multiple special events and board and donor cultivation. Gina initiated a monthly donor campaign and played a key role in instituting an annual crowd funding campaign.

Prior to employment with the BSA, Gina served in many different volunteer roles for the organization including Committee Chair and Membership and Marketing Chair for Troop 427. She mentored over 20 youth towards the rank of Eagle Scout including her two sons.

Gina is a member of AFPLI and the Port Jefferson Lions Club. She is married and has two sons
and a daughter. She has traveled cross country twice, loves the great outdoors and is an avid
hiker. 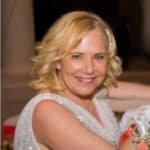 “It’s most fulfilling to be part of the ADRC team and provide essential services and support to Long Island’s Alzheimer’s community.”
Profile

Carol Hartmann has over 20 years of experience in caring for seniors, including more than a decade managing the CenterLight Health Systems PACE Program Day Centers, as a Regional Day Health Center Manager. She previously spent four years as the Dementia Program Director at the Queen of the Rosary convent in Amityville, implementing the first Dementia Program for the Sisters of St. Dominic. Prior to that, she was a Program Service Coordinator at Arden Courts, HCR Manor Care, Assisted Living in Allentown, PA, where she led the programming for residents with Alzheimer’s disease and other forms of dementia.

Hartmann has an MBA with Graduate Certificate in Health Care Management. Carol is a Licensed Instructor and an Activity Consultant Certified through the National Certification Council for Activity Professionals (NCCAP). She served on the Alzheimer’s Association of Long Island Public Policy Committee and ADRC's Public Policy Committee. In 2019, she was honored with the ‘Impossible Dreamers Award’ from the Friends of CenterLight Foundation in recognition of her career dedicated to caring for people with Alzheimer’s Disease and other forms of dementia. 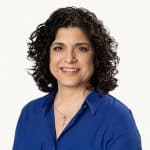 “It’s most fulfilling to be part of the ADRC team and provide essential services and support to Long Island’s Alzheimer’s community.”
Profile

Maria Prendergast first joined the Alzheimer’s Disease Resource Center in 2016 as an Executive Assistant. Maria left the organization in October 2021 and has now returned to serve as the Director of Operations and Volunteer Engagement. Maria is passionate about serving families and the mission of ADRC. She provides operational, program, and fundraising support to all team members.

Prior to joining the ADRC, Maria gained extensive experience in the non-profit sector. Most recently, she worked  with a church within the Diocese of Rockville Centre, on Long Island. Her role focused on stewardship and required consultation with pastoral management, staff, parishioners and volunteers. She also oversaw the opening of a child day care center on the Church campus.  Welcoming new families to the program was a role she particularly enjoyed. ADRC’s board, staff and the people we serve all benefit from her warm and welcoming approach.

A graduate of Molloy College, Maria earned her Bachelor of Science in Business Management, with a Minor in Economics. Earlier in her career, Maria worked as a staff accountant in the healthcare sector.

Maria and her husband have two daughters, and are life-long Long Islanders. 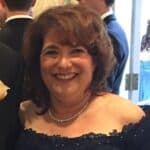 “I’m proud to be a member of the ADRC team, working closely with Long Islanders impacted by Alzheimer’s Disease and other dementias.”

Sharon Reichman joined the ADRC team during the pandemic, in the Spring of 2021, and is our Director of Client Services.  She received her Master's Degree in Social Work from Columbia University and has been working with New Yorkers ever since.   Sharon works with our families, facilitates caregiver support groups and offers educational programs throughout the community.  A native Long Islander, Sharon enjoys spending time with her family and immersing herself in spy novels in her spare time.  Her dog, Bento, can sometimes be seen at our ADRC office, greeting families and getting his ears scratched. 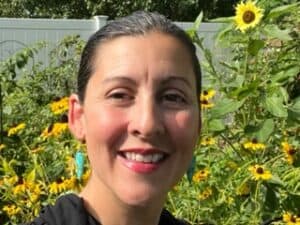 “ADRC is an organization bringing help and hope to families, caregivers, professionals, and those living with dementia and Alzheimer’s disease on Long Island. ADRC is here for the journey.”

Previously, Lauren served as the Chief Operating Officer of the Suffolk County Council, Boy Scouts of America, where she began her career as an entry level executive providing support and services to the FDR Special Needs Scouting Division and the career-education program Exploring. During her time with the Boy Scouts, Lauren rose to the level of Chief Operating Officer supporting a team of executives and overseeing a $2.7 million yearly budget and 14,000 youth members. Lauren was responsible for Board Development, risk management, youth safety, staff development, budget oversight, fundraising, volunteer management, and membership growth.

Prior to joining the Boy Scouts of America, Lauren served as a United States Peace Corps Volunteer in Niger, West Africa for 2.5 years where she worked on community health campaigns and served with Jimmy Carters Global 2000 Foundation to eradicate Guinea Worm in the country.

Lauren earned her Bachelor’s Degree in Political Science from Gettysburg College, a Master of Science in Nonprofit Management from the New School University, and is a Certified Fundraising Executive (CFRE). She has over 21 years of experience in the Nonprofit sector.

Lauren is an active volunteer with the Boy Scouts of America serving as a committee member and den leader. She is a member of the Returned Peace Corps Association and AFPLI. She is married with 3 children, 2 dogs, and a cat. She is a master gardener, an avid outdoors-woman, and an environmentalist. She is passionate about giving back to her community and is excited to lead ADRC.

The Alzheimer's Disease Resource Center welcomes all advocates and volunteers. Fight by speaking up for those who are affected by Alzheimer's and join our local community of volunteers!
Volunteer Today!
X
Skip to content
Share via
Facebook
Twitter
LinkedIn
Mix
Email
Print
Copy Link
Powered by Social Snap
Copy link
CopyCopied
Powered by Social Snap